I was heading to Austin to spend a week there with my boyfriend over Valentine’s Day, but of course, I always need to reach out and get some couples sessions scheduled during my travels.  I am planning to start shooting in Austin a ton more in the coming years; I seriously fell in LOVE with the city, and let’s be honest, the people too!

I connected with Reanna and Jackson through an old roommate Reid (who I met on Craigslist btw, and was totally cool and not a creepy Craigslist guy LOL).  Sometimes you just randomly meet people you are destined to be best friends with, and boy,  was this the case for me with Reanna and Jackson!  It was a little chilly in Austin and I had spent the day being a tourist, so I met up with them at a bar near a mural I really wanted to shoot by!

Reanna and Jackson started with tequila shots, and I took it slow and had a beer (girl can’t handle her tequila over here). We found the porch of the bar and did some canoodling photos, and then headed out to the mural.  The black and white mural you see first was on the side of a ramen place. If you are ever in Austin, you need to bite the bullet and wait in line for this ramen, it was actually some of the best I have ever eaten (and Jake and I sample ramen all over the world, you can thank me later)!

After shooting with some murals, we went to this cool train station and did some photos of them in the little archways. I would love to find some cute train stations like this in Chicago!

Lastly, we headed to another bar where they were just finishing up a food shoot for a food truck and handed us loads of free food!!  Of course, we accepted, ate, and I had to take photos of them eating tacos, because this is yet another of my bucket list shoots. ( I don’t know if you know this about me  yet, but I LOVE tacos!  I might just eat them everyday. Ok, maybe twice a day, on a good day.)

After the shoot they drove me back to my hotel and we made plans to meet up later to hit the town, because during the shoot we became fast friends.  I can’t stress enough how lucky I was to meet Reanna and Jackson! They are seriously some of the coolest people I have ever met in all my travels and I felt like I had known them for years after just a few hours of shooting. And the good news is they just moved to Madison, WI, so you will see them in front of my camera again soon!! Stay tuned! 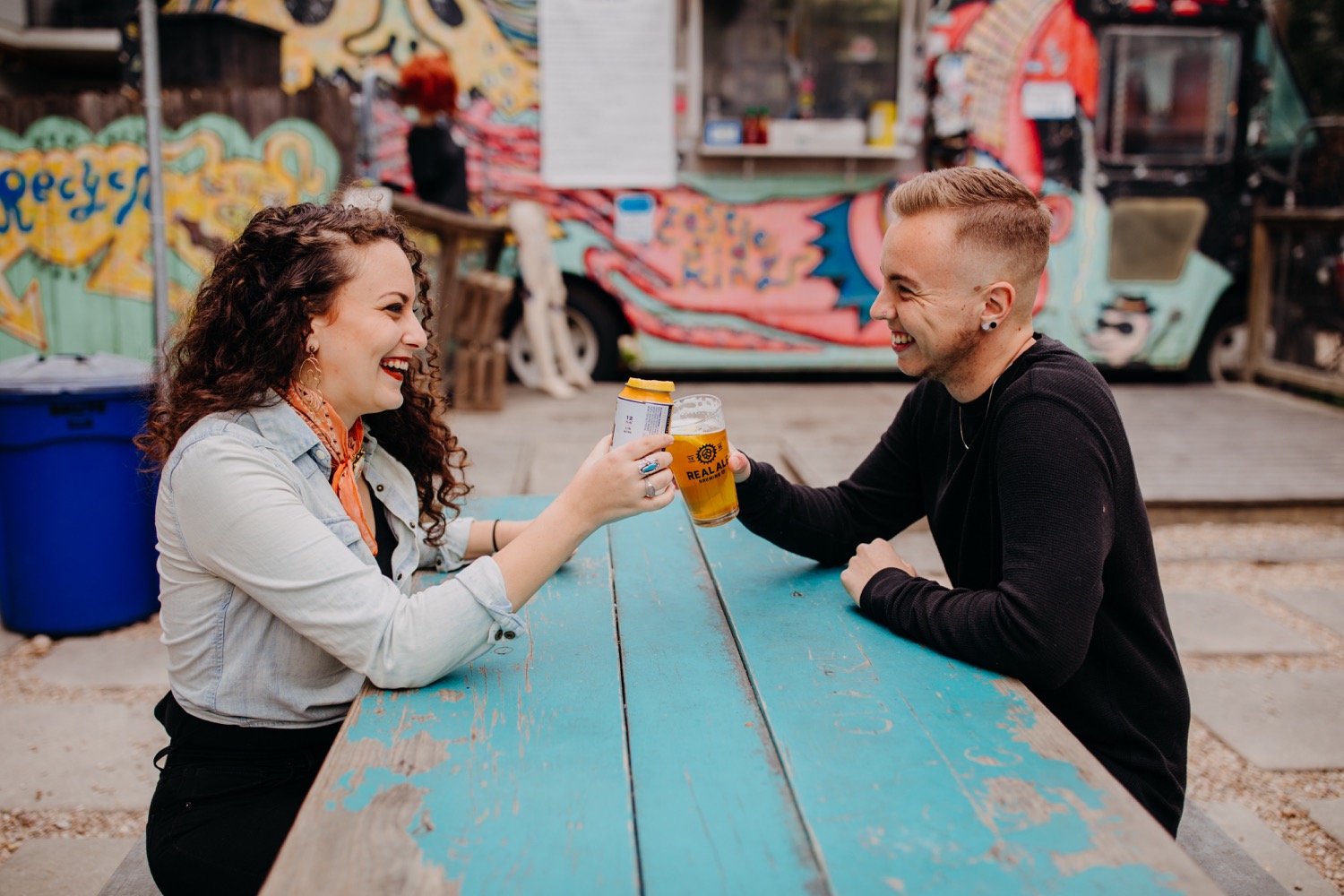