Proposals are always so much fun to plan!! JC got in touch with me during the summer and I just happened to be free on the Saturday he was asking about since I had a Friday wedding that week!!  JC originally wanted to do something with the Chicago skyline, but due to the HUGE group he was bringing along, we decided that the Conservatory would be better.  It has so many amazing outdoor locations, plus we were going for the element of surprise here. The plan was that Vivienne was bringing her camera to take photos of her cousin who was in town!

It’s always a challenge to plan exact timing when going for a surprise proposal, so I got there early and assumed my post outside the lily pool.  As I was lurking there, 4 conversatory workers put on huge boots and GOT IN THE LILY POND.  Ok, so clearly we needed a backup plan!  I quickly texted JC and suggested I just watch for and follow them once they got outside.  Well it ended up working PERFECTLY.  He got down on one knee, I popped up and started photographing, and the family ran toward them waving happy signs to create a perfect surprise.

After lots of family hugs and photos, I took them into Garfield Conservatory to do some portraits, and after family had left, headed back outside where we did a little fake proposal at the lily pond (sans booted workers) where JC originally wanted to propose.  Also, during this second proposal we found out JC had bought TWO RINGS, so Vivienne got to choose which ring she liked best.

I so love shooting proposals and getting to know all of my couples.  Sending all the good wedding planning vibes your way JC and Vivienne!! 🙂 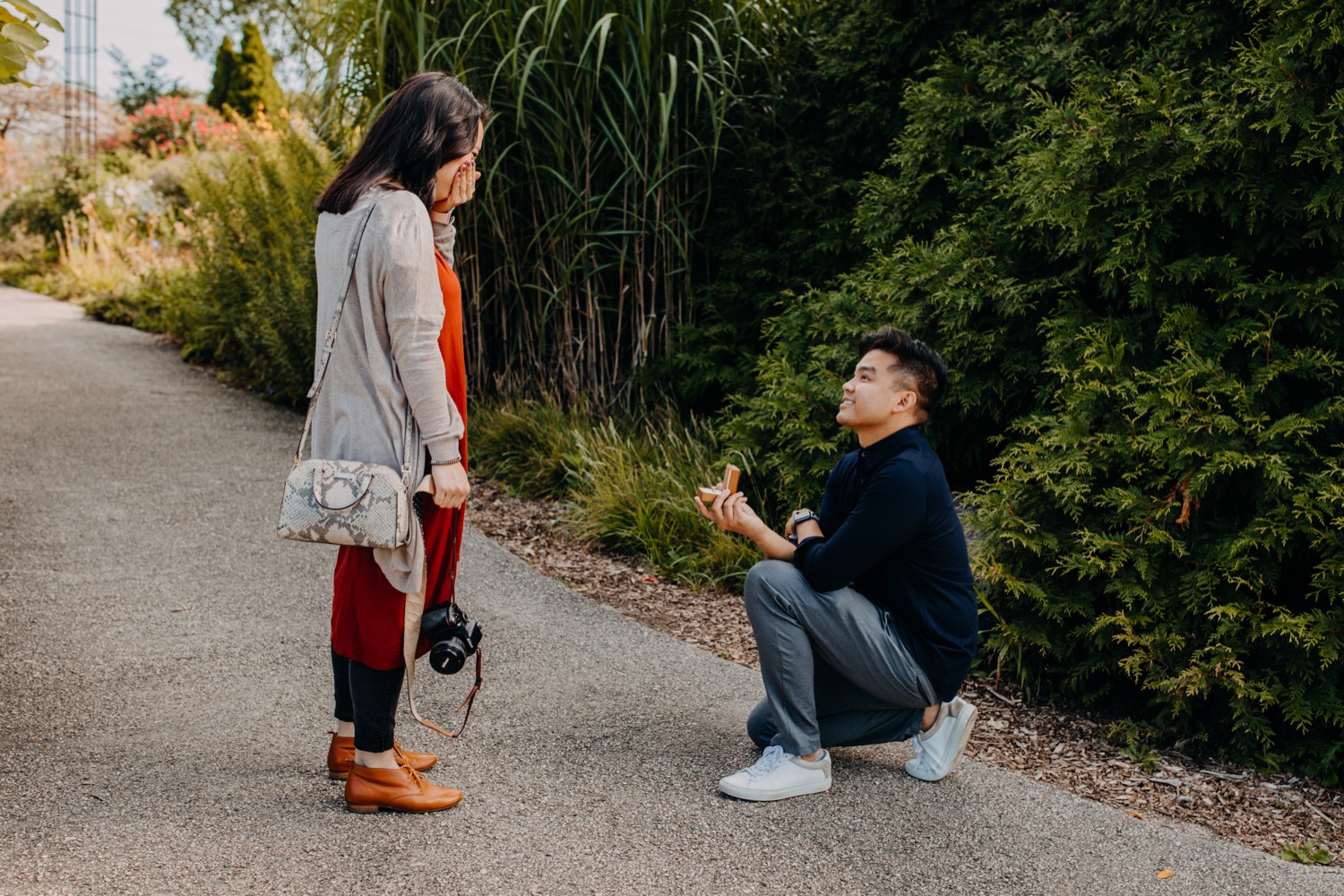